Energy and pollution salesmen extol the market value of fossil fuels underneath our land and sea based on a certain doctrine. It asserts that job creation requires prolific fossil fuel extraction, and consequently, such operations deserve taxpayer entitlements and subsidies. These operators argue further that vast sums of wealth go unformed if we do not extract and sell fossil fuels. To restrain their immediate extraction will impoverish laborers, immiserate business owners, and impede capital creation. I have addressed how renewable energy and cleantech create jobs. This post primarily concerns the morality of continuing to structure economies around climate destroying carbon emissions. 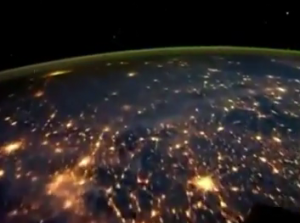 The consensus of the world’s scientists and a plurality of its policy makers is that fossil fuel dependency will extract a terrible and deadly price from future generations. Yet we are told that questions of ecology must always defer to classical economic ones. Very little mainstream thinking addresses why and how this doctrine is prerequisite for thriving labor markets.

But this doctrine in question has nonetheless been extremely influential.

Historical precedents do exist for civilizations abandoning a specific market and writing down large sums of perceived value based on moral reasoning. At the end of the Civil War the value of slaves held in the U.S. was estimated to be approximately $2 Billion USD, approximately $70 Billion in 2011 USD. Yet, at the end of the Civil War this value was entirely written down. Abolition of chattel slavery meant morality superseding profit. Recently publicized results from BEST confirm earth is warming rapidly.  Adding to the scientific consensus that global warming is man made, should we not apply similar moral reasoning to our fossil fueled society?

Clearly then continued extraction and consumption of fossil fuels has a definite moral component. Oil, coal, and natural gas might be there and possess an imputed market value, but does this constitute a prima facie argument for their extraction or rationalize the pollution created? An instructive case in point is the XL pipeline. We are told that building it will help free the US from dependency on foreign oil. Leaving aside for a second this dubious assumption, let us look at Nebraska. Many of XL’s would-be owners sell on the open international market and no covenants exist for any portion of the crude to be reserved for the U.S and Canada, though some Canadian officials are threatening to selectively provide the oil to other nations should the U.S. decline to participate.

The proposed XL Pipeline would cut over and across the Ogallala Aquifer. Ogallala emanates from Nebraska to roughly 27% of the irrigated land in the United States according to the United States Geological Survey. It yields about 30% of the nation’s ground water used for irrigation. The aquifer system provides drinking water to 82% of the people who live within its boundary. Regardless of how small the chances for a major spill might be in the estimation of industry funded analyses, after a year of operation, the project’s forerunner, Keystone 1, had leaked 13 times and was shut down temporarily by regulators. But is any chance at all too much of a risk? This is, as financial engineers might say, an awful lot of Value at Risk (VAR). And in a financial context, while current models for VAR don’t value systems like aquifers, isn’t it time they do so?

Do questions like this point to a critical qualitative difference between dirty energy and clean energy jobs? In the New York Times recently:

“But the energy industries eat one another’s lunch. Jay Apt, executive director of the Energy Industry Center at Carnegie Mellon University in Pittsburgh, said it was possible to calculate the amount of electricity produced at a coal plant per person who works there…Build enough solar plants and some coal plants will shut down; that would amount to firing Peter to hire Paul.”

This is specious logic. A fossil fuel energy job definitionally is not a clean energy job. The price the public pays in polluted water and a toxified atmosphere for dirty energy jobs is a clear and present danger and all the more so for future generations. As much so as our public debt since the earth is the source of all money, and all the riches in the world cannot replace a poisoned planet.

Clearly there are some uses for petroleum for which no immediate replacement options exist yet: medicine and agriculture. Medicine needs large amounts of petroleum for plastic and agriculture for fertilizers. We must preserve carbon resources for our health and food supply and work to deploy renewable energy resource for our civilization’s energy needs. This must happen in concert with adopting new policies for the storage and transfer of value. We need to plan increasingly for energy consumption in terms of “negawatts” — the unit of energy that can be saved and not used. Not only are most conservati­on solutions cheaper to implement than new power plants or exploiting new and farther-to­-get-to oil fields, they will leave healthy climates and sustainable economies for future generations.

What will the price for future generations be for our failure to realize rapid and concentrated deployment of renewable energy infrastructure? The rest of the world has figured this out, making the US less efficient than other nations with each passing year. Many strong and mature technologies for the US to utilize exist. Yet massive subsidies doled out to oil, gas, coal and nuclear power suppliers further drive degradation of our climate systems.

The more America makes fossil fuels artificial­ly cheap the greater the burden we create for future generations. This is because in the US nearly all “external costs” are associated with energy usage side effects (pollution­, risk of a meltdown, massive military costs) and are borne by the taxpayer. The suppliers as well as the direct purchasers­ of energy are allowed to pretend that pollution has no societal cost, i.e impact on their neighbors irrespective of participation in the market. Naturally then they strongly resist conservati­on efforts. Energy producers like any marketer will resist attempts to reduce demand for their products and to hold them in abeyance since such efforts impact both the amount sold as well as the price. Just as the Confederacy did with respect to the holding slaves. It’s worth noting that by the outbreak of the US Civil War many nations had abolished slavery yet the Confederacy continued to promote slavery markets.

The legacy of the W.P.A. further points to the moral imperatives for a nationwide effort to deploy clean energy for the security and sustainability of future generations as well as to address the unemployment crisis in the US. According to historian Nick Taylor the W.P.A.:

“….employed 8.5 million people in its eight years, and there were always eligible people on the waiting list for jobs….brought America’s infrastructure into the twentieth century, adding 650,000 miles of roads and 78,000 bridges to the country’s transportation network. It improved the nation’s health with water and sewer treatment systems and new hospitals that were among 125,000 new WPA-built civilian and military buildings. “

Recent studies such as BEST reinforce the position of US National Academy of Sciences that anthropogenic global warming should be “regarded as settled facts”. Our economic competitors like Germany and China regularly surpass the U.S in renewable energy investments. The argument that oil, gas, and coal possess market value is not a sufficient condition to pollute air, poison aquifers, and degrade our climate. History also shows that often writing down one asset allows for new benefits to emerge. As chemists, engineers, and farmers focus more tightly on renewable and clean technology innovation humanity can progress to more rational economic and ecologic modes for utilizing our shared resources. By some estimates, the EU gets about 60% more GDP out of its total energy use than America. As a moral imperative we owe it to future generations to catch-up.

We do indeed have a great deal of value at risk when we threaten the capacity of aquifers and oceans to produce food and of forests to clean air. Now then is the time to apply much greater moral and ethical scrutiny to fossil fuel extraction even if it indicates that some profit must be sacrificed and entire asset classes written down for a certain gilded few.