Leland worked with early computers to develop portfolio analysis tools before studying Environmental Science and Policy at Yale. Focusing on technology and socially responsible investing in the nineties, his market analysis and internet firm advised clients regarding a successful early stage investment in Research in Motion, makers of the Blackberry PDA.

His firm then merged with digital venture BKL Media. As BKL’s Chief Technology Officer, he developed a broad range of intellectual property in content management, artificial intelligence and social networking, parts of which went into the development of Nexus Holdings Group, a major shareholder in AI image recognition firm Milabra.

Now married with four children, Mr. Lehrman left the technology business world in 2001 to live with his wife in her home country, the Czech Republic for two years. Returning in 2003, he spent six years working national and state political campaigns, editing a newspaper and directing legislative political action on foreign policy, election reform, public fund investment policy and renewable energy with his company Mother’s Arms in Santa Fe, New Mexico. In 2009, he capped his career in New Mexico working for the President of the New Mexico Senate, Timothy Z. Jennings overseeing the State’s $25B public pension and endowment funds. His effort to move New Mexico’s pension and endowment funds towards greener investments was controversial given the political environment, and he began to focus more on private sector opportunities.

Working within the political world, Mr. Lehrman saw up close the massive impact the private sector has on environmental policy and impacts, so he launched Fund Balance with his partners to capitalize and catalyze change at the intersection of environmental and social policy and investing. Moving to New York State in 2010, he lives in Hudson River Valley with his wife and four children, developing farm communities around organic CSAs and artisanal communities with the Hawthorne Valley Association. He is also a recording artist, currently producing a new album, Earth Moves, with legendary music producer TaharQa Aleem.

Before co-founding Fund-Balance in 2009, Walter ran the Nexus Holdings Group, LLC. Nexus focused on bringing digital media and pattern recognition to market, and is a major shareholder in Milabra. Prior to this Leland and Walter founded BKL Media in 1998, which was eventually acquired by King Biscuit Entertainment. He began his career at Springer-Verlag working progressively into product management roles. In this capacity he oversaw the development and marketing of advanced Matlab and Mathematica tools to the scientific research and engineering fields. During this time he honed his technical project management skills with Post-Graduate Study at Columbia University’s School of General Studies in Biology and Advanced Mathematics. In the mid 1990’s Walter evaluated internet and mobile telephony projects in mainland China for Intermarket Ventures, Inc.

He holds a B.F.A. from The Rhode Island School of Design, completing an honors thesis in the interrelation of the Arts and Natural Sciences. In pursuit of such he cross matriculated at Brown University undertaking coursework in Inorganic and Organic Chemistry, Biology, Anthropology, Evolutionary Biology, and Advanced Neuroscience and completed field work at the Athi River Research Station, Athi River, Kenya. This work involved assisting ongoing field research in the areas of Archaeology and Wildlife Biology. His studies at RISD and Brown were supplemented by a summer intership at NYU Medical School in its Biophysics laboratory as well as study at the University of California at Berkeley. Which pretty much makes him what many folks call a pointy-headed greenie. 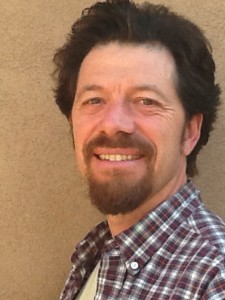 Inspired by the first Earth Day in 1970, Mr. Sawyer began his long journey of earth support by fundraising and collecting petition signatures for Greenpeace, later becoming involved with the Clamshell Alliance, a non-violent, pro-democratic energy-system – anti-nuclear power movement, organized around Mondragon cooperative and Quaker principles of right action and democratic communication.
This successful civic movement for alternatives to poison power prevented the construction of dozens of nuclear power facilities in the Northeast and jump started the green efforts we see today. In the late 70s, as the nuclear power plant construction fervor lessened due to Chernobyl and Three-Mile Island, Mr. Sawyer became interested in organic agriculture, industrial recycling and the need for young farmers to obtain access to land. In 1984, Mr. Sawyer and several colleagues initiated a fundraising effort to establish a rural land base for young farmers in Vermont to practice their craft before the land became subdivisions, as part of this effort Mr. Sawyer began a column on the Community Land Trust model for the Good Money Inc., Catalyst Newsletter, an early socially responsible investing forum. In 1985, Mr. Sawyer joined In The Clouds, a worker-owned, jewelry production cooperative. In 1989, he served on the board of the Plainfield Food Cooperative and volunteered as the building manager of the historic New England style barn-turned community center.
Mr. Sawyer’s awareness of the connection between the defense of indigenous peoples and wild nature, and the importance of protecting both led him into green politics, the North American Bioregional Congress and All Species Projects. During 1989-90, the Vermont All Species Project, took the Beyond the North Wind multimedia show to over 20 cities in New England to present the beauty of Northern Quebec, her people and to educate the public about the devastating ecologic effects of mega-hydro dam projects. In 1992, Mr. Sawyer joined the Southwestern Forestry Workers Cooperative, served as Secretary for two years as part of a 10-year tree-planting and forestry career throughout the Rocky Mountain west. In 2004, Mr. Sawyer became a research assistant at the Desert Research Institute in Reno, Nevada; working with geochemistry data to tune water budget studies. In 2006, Mr. Sawyer became a water manager on behalf of the people of New Mexico. Recently, he began collecting innovative projects that benefit the new energy economy while putting them together with visionary venturers to create opportunity for a world our grandchildren will feel is worth living in.
Mr. Sawyer undertook post-graduate study at the University of Nevada, Reno. His areas of research included the use of water molecule isotopes for ground water flow direction modeling and water budget studies at the Basin scale – He holds a Master’s of Science in Hydrogeology from University of Nevada-Reno and a B.S. in Environmental Geology from New Mexico Highlands University, where his studies focused on geology, soils, surface and ground water hydrology, geographic information systems, and remote sensing via satellite data.

Founder of Sobayli, LLC and member of the Board of Managers of Nexus Holdings Group, LLC. These companies focus on bringing digital media and pattern recognition to market. Prior to this he founded and ran BKL Media in 1998, which was eventually acquired by King Biscuit Entertainment.From 1996-1998 he evaluated internet projects in mainland China for Intermarket Ventures, Inc.Initial work experience after school consisted of managing product development for leading international scientific publishing company, Springer-Verlag, moving from entry level associate to junior executive between 1993 and 1996.

Post-Secondary: Columbia University, Post-Graduate Study in Biology and Advanced Mathematics. This study was combined with a summer intership at NYU Medical School in its Biophysics laboratory.