In a nutshell, our thesis is:

We had determined that socially and environmentally conscious (ESG) investors were overlooking a key strategy, and getting hammered because of it.

Long bias, wrongly assumed to be a perennial moral imperative in order to support economic growth, meant that ESG investors had no options other than divestment during down markets. Divestment from good companies is always painful, so most ESG investors just take outsized losses instead. This led to largely unwarranted industry-wide skepticism about cleantech and ESG equities and funds, as they were sometimes more volatile and subject to short-selling than other companies. 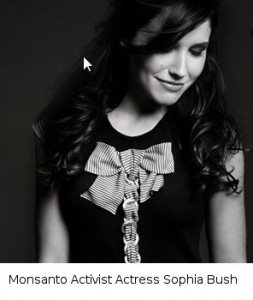 Long bias is more often anti-social and anti-environmental than is widely understood.

It presumes that in general, all economic activity is good, hardly a given at the limits to growth and climate stability. One solution: the ESG short strategy, where investors can realize gains in a downmarket by selling short ESG underperformers. **

Asset allocation specialists know that market timing is necessary in order to preserve capital. Look at the literature from David Darst for example and you will see that at a minimum, moving to cash or Treasuries is recommended in order to preserve gains from equity highs. In other words, buy and hold has well-known limitations, despite the incredible ongoing reliance on it even in an age when the S&P 500 is flat (and super volatile) for the last thirteen years. With apparently unattainable industry-wide actuarial expectations of 8% returns the norm, why are more ESG investors not looking at short strategies to balance things out?

There are many answers to that question, from institutional fund consultant and manager group-think to cultural norms, but one is actually rooted in the human psyche, which assumes that positive numbers or attributes are good, and negative ones bad. The problem is that positive badness is negative. By the same token, negative badness is good. Getting a clear understanding of this is vital to acting and investing responsibly, and for the benefit of people and planet.

Our first public short position, Monsanto (NYSE:MON), provides a window into how this type of trade can be effective and profitable, as well as how it ties into the emerging field of social media trend analysis.

We take as a given the fact that Monsanto is an ESG under-perfomer company. We know the debate is not settled for everyone, but the relationship between Monsanto and Blackwater, its unprecedented political revolving door activity and the release of “The World According to Monsanto,” by Marie-Monique Robin, chronicling nearly a century of damage and lawlessness, has convinced us beyond the shadow of a doubt that Monsanto is not only irresponsible, but may be ill-intentioned. 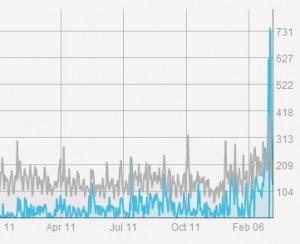 In late January, Fund Balance partner Walter Borden sent along a research note about Monsanto’s cozy but unpopular relationship with the White House suggesting that the time was right to sell Monsanto short. January 23rd saw a huge spike in negative social sentiment with civil society working in concert against the controversial appointment of Monsanto lobbyist Michael Taylor to a senoir position at the FDA. Working the short Monsanto thesis into a proposal, we did a conference call with hedge fund client Dorr Asset Management to assess the tradeworthiness of the idea. During the call, Managing Principal Dave Dorr passed along a social media analytics company, People Browsr, recommending we check it out. Punching in Monsanto to their analysis engine revealed an incredible picture of mounting fury summarized in the above screen shot, and supplemented by sample after sample of networked rage.

Although amazingly the People Browser sentiment engine could not tell, the overwhelming majority of posts were negative. A thrashing storm of tweets, blog posts and facebook notes from the average American to the politically and environmentally active was hitting hurricane strength. Actresses Sophia Bush, Kirstie Alley and Roseanne Barr were the top three influencers according to People Browser, all posting negative sentiment.

Remembering that just last week, I ran into one of the plaintiffs in the lawsuit against Monsanto filed by organic farmers and seed growers in NY’s Federal Court, I decided to punch up the stock price of Monsanto. Down 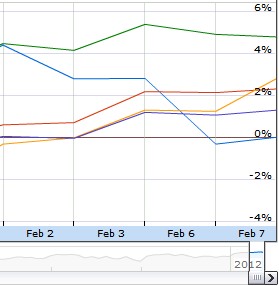 3%, the broader market was basically flat. I punched in Syngenta, Dow, Dupont and other related companies, all flat. Only Monsanto was getting hit. It was clear that the thesis regarding tradable short signals based on social media intensity and civil society effort was showing extraordinary promise for the ethical investor, not just the quant hedge funds that already use the technique.

Here’s a screen shot of Monsanto’s stock performance vs the S&P, Dupont, Syngenta, and the Dow since the lawsuit and social media frenzy started kicking into overdrive at the beginning of February. That blue line going down is Monsanto.

With intentional coordination between civil society and ESG investors, perhaps the markets can begin to reflect Main Street and Nature’s intentions better. To that end, we’d like to introduce a new hashtag, #shortmonsanto and its companion, the handle @ShortMonsanto. 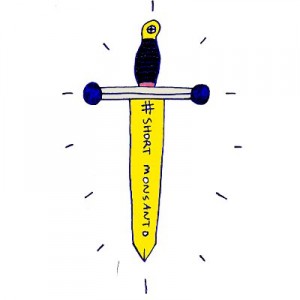 * Our public equity and fixed income stance is short biased due to the overemphasis of material throughput economics in the public listed sector. However, our alternative assets, green PE, VC and sustainable non-discretionary infrastructure bias is long.

** Another strategy is to reconsider limited liability for companies and investors, which is what protects equity holders from infinite losses.