China is the World’s leading emitter of Carbon Dioxide. It also has, as usual, a very independent, some would say obstructive, agenda at Copehnagen. The article below from the rapidly deteriorating Wall Street Journal, provides some clues as to why.

BEIJING — Xu Shisen put down the phone and smiled. That was Canada calling, explained the chief engineer at a coal-fired power plant set among knockoff antique and art shops in a Beijing suburb. A Canadian company is interested in Mr. Xu’s advances in bringing down the cost of stripping out greenhouse-gas emissions from burning coal.

Engineers led by Mr. Xu are working to unlock one of climate change’s thorniest problems: how to burn coal without releasing carbon into the atmosphere. 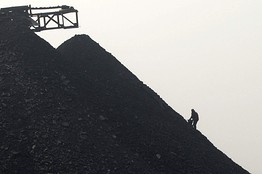 Mr. Xu is part of a broader effort by China to introduce green technology to the world’s fastest-growing industrial economy — a mission so ambitious it could eventually reshape the business, just as China has done for everything from construction cranes to computers.

China looms large over the global climate summit in Copenhagen, where Chinese officials are pressing the U.S. and other rich nations to accept new curbs on their emissions and to continue to subsidize poor nations’ efforts to adopt clean-energy technology. China is the world’s biggest source of carbon emissions. Less understood is the way China is now becoming a source of some of the solutions.

China’s vast market and economies of scale are bringing down the cost of solar and wind energy, as well as other environmentally friendly technologies such as electric car batteries. That could help address a major impediment to wide adoption of such technologies: They need heavy subsidies to be economical.

The so-called China price — the combination of cheap labor and capital that rewrote the rulebook on manufacturing — is spreading to green technology. “The China price will move into the renewable-energy space, specifically for energy that relies on capital-intensive projects,” says Jonathan Woetzel, a director in McKinsey & Co.’s China office. 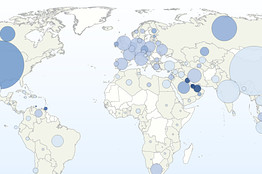 Compare carbon emissions world-wide, per capita and per dollar of GDP 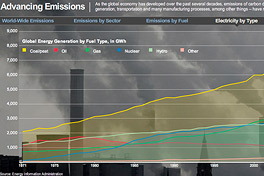 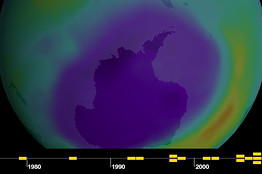 See events leading up to the conference.

China’s government is backing the trend. It wants to replicate the success of the special economic zones that transformed cities such as Shenzhen from a fishing village near Hong Kong into one of the biggest manufacturing export centers in the world. Set up when China began its economic reforms in the 1980s, the zones were designed to attract foreign investment into light manufacturing to kick-start exports. They became engines of China’s economic boom.

Regulators will announce several low carbon centers next year that will have preferential policies to promote low carbon manufacturing and exports.

China’s goals face big challenges. China could end up becoming simply a low-cost manufacturing base, not a source of innovation. Worse, its drive to cut costs could stifle innovation overseas.

And Beijing has a long way to go to reducing China’s carbon footprint. For each out-of-date power plant it shut down in a two-year cleanup campaign, it added the capacity of roughly two more. Even some of the better power plants are run poorly because company bosses don’t want to pay to clean up their emissions.

In the fight against global warming, some of the biggest gains are to be made in scrubbing carbon from coal-burning power plants. China and the U.S. together have 44% of the world’s coal reserves, and aren’t about to give up on the cheap and reliable source of power. According to U.S. government projections, world coal use could increase nearly 50% by 2030.

“If emissions aren’t reduced from power plants, global warming cannot be avoided,” says Jonathan Lewis, a climate specialist at the U.S.-based Clean Air Task Force, which has sought to pair U.S. utilities with Chinese companies. “The solution can be led by the U.S. and China.”

Capture technology traps carbon dioxide gasses released by coal plants. The gas can be pumped deep underground, typically into salt caverns or aging oil fields. The carbon can be stripped either before or after the coal is burned. Post-combustion capture is simpler and can be retrofitted on existing power plants. Current versions cut energy output by a fifth or more.

Far more complicated is precombustion carbon capture, which involves completely redesigning plants. Coal is turned into a gas, the carbon is stripped out and the rest is burned. Called “integrated gasification combined cycle” plants, these cost billions of dollars and haven’t been developed on a commercial scale yet.

China has a technological lead in turning coal into gas. It has been using the technology widely to make petrochemicals and fertilizers as a substitute for pricier natural gas. Houston-based Future Fuels LLC has licensed gasification technology from China to use in a plant in Pennsylvania. 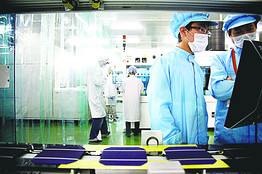 Chinese factories, such as the Suntech Power Holdings plant in Wuxi, have pushed down prices of solar panels. China hopes it can reshape green technology as it has businesses such as cranes and computers.

Critics say current carbon capture technologies are merely a Band-Aid for global warming. That’s because they’re so inefficient that even more coal has to be burned to produce the same amount of electricity. Also, the technology uses a lot of water and sequestering carbon underground isn’t proven.

Still, some analysts estimate carbon capture could account for between 15% to 55% of the world’s cumulative carbon emissions reduction by 2100.

Among those leading the ramp-up is Mr. Xu. These days, he is busy with three clean coal projects. One is on the outskirts of Beijing, underneath looming cooling towers of the Gaobeidian Huaneng power plant.

The Beijing project, started before the 2008 Summer Olympics, traps a fraction of the carbon dioxide emitted by the plant, purifying and selling it for use in food packaging and for the fizz in sodas. Using what he’s learned in Beijing, Mr. Xu is building another capture facility in Shanghai that will be 30 times bigger.

If Mr. Xu’s team can figure out how to bring the costs down — mostly by recycling energy lost in the process of scrubbing out the carbon — these units could be retrofitted to coal-fired power plants around the world. 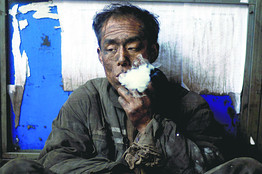 ReutersA Chinese miner smokes during a recent break at a coal mine in Shanxi province. China has become the world’s biggest emitter of the greenhouse gases thought to contribute to global warming. But it is also turning into a dominant player in technologies such as carbon capture and solar panels that can cut emissions.

Mr. Xu is also involved in the GreenGen project, a $1 billion power plant led by Huaneng that will turn coal into a gas before burning it. The project is scheduled to go online by 2011. Burning gas is more efficient than burning coal — meaning less coal is required to make the same amount of electricity. The less coal burned, the less carbon released.

Though carbon capture has moved into the mainstream, it is still at least five to 10 years away from becoming a widespread technology, analysts say.

In the meantime, China is reshaping two of the biggest green technologies in use already — wind and solar power.

In 2004, foreign firms owned 80% of China’s wind-turbine market, according to energy consulting firm IHS Cambridge Energy Research Associates. Now, Chinese companies own three-quarters of the country’s market, thanks to companies which make turbines a third cheaper than European competitors.

Chinese wind-turbine makers are starting to export. In October, Shenyang Power Group struck a deal to supply 240 turbines to one of the largest wind-farm projects in the U.S., a 36,000-acre development in Texas.

China already has a 30% share of the global market for photovoltaic solar panels used to generate electricity. Solar-power panel makers, including Suntech Power Holdings Co., Yingli Green Energy and Trina Solar Ltd., export most of their product to Europe and the U.S., contributing to a 30% drop in world solar-power prices.

Chinese competition is forcing rivals to shift production. U.S. Evergreen Solar Inc. said it will move its assembly line from Massachusetts to China. General Electric Co. said it will shut a facility in Delaware. BP PLC’s solar unit said this spring it would stop output in Maryland and rely on Chinese suppliers instead.

Yet, despite China’s armies of fresh engineering graduates, foreign companies still create and own most of the key technologies. “China lags about 10 years behind in technology,” says Bernice Lee, a research director at Chatham House, a London-based think tank that analyzed patent holders on renewable and low-carbon technology.

As in other industries, China’s cheap manufacturing may spark protectionism. In one hint of battles to come, Sen. Charles Schumer (D., N.Y.) wrote a letter to the U.S. energy secretary protesting the use of federal stimulus money to support the $1.5 billion wind project in Texas unless it relies on U.S.-built turbines.

Others say China’s missteps could hurt the market for all. “China is making prices cheaper in renewables today, by lunging into oversupply, as it does in most industries,” says Daniel Rosen, principal of consulting firm Rhodium Group. “The question — and danger — is whether by oversupplying the market today China is damaging longer-term innovation and competition in the sector for the future.”

In green technology, China has figured out ways to turn excess capacity to its advantage. Until this year, China’s solar-panel makers exported nearly all their output to countries such as Germany and Spain, where government supported growth in the sector.

That changed this year when solar-panel prices fell as dozens of new Chinese polysilicon-makers started operating. The sudden glut in the raw material to make solar panels coincided with a drop in orders from European companies hit by the recession. The result: Polysilicon prices fell by half from January peaks. HSBC estimates they could drop 20% more by the end of 2010.

Softening prices created an opportunity for Chinese regulators. Officials are now talking about raising solar power capacity targets five- or tenfold, so that by 2020 China could have more than double current global solar-power capacity.

Executives at Trina and Yingli say increased economies of scale from making more panels for China will push costs even lower. “We could go to $1 a watt by the end of 2010,” which would be a landmark in bringing solar power in parity with conventionally produced electricity, says Yingli’s Chief Executive, Miao Liansheng, a veteran of the People’s Liberation Army who sold cosmetics before turning to solar panels.

“The Chinese manufacturers can now make [solar panels] a lot cheaper than Europe, the United States and Japan because the whole supply chain is now available in China,” says Martin Green, who runs the photovoltaic center at the University of South Wales in Australia, a training ground for many scientists working in China’s solar industry. “The Chinese are making it more affordable, and they’re more adventurous in introducing new technology as well.”

The ability to manufacture cheaply is attracting the notice of U.S. utilities. Huaneng says it can make gasification equipment cheaper than foreign rivals.

Duke Energy Corp., of Charlotte, N.C., signed a pact with Huaneng in August to share information on clean-coal technology. Duke says it would take eight years to build an IGCC plant in the U.S. — versus three in China.