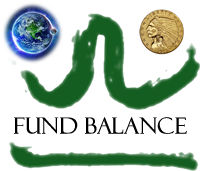 AT the close of 2012, some analysts saw the mix of retrenchment of regulatory programs in the EU and lack of a co-ordinated clean energy strategy in the US combined with China’s burgeoning carbon footprint as a gun to the head of Environmental, Social, Governance (ESG) and related (CSR, SRI) investment theses. Many saw it more as a water pistol. We were in the latter group.

In general and in context, Fund Balance sustainable investing advisory continued its strong market out-performance for 2013. While the Equilibrer broader mid to large cap market portfolio has essentially tracked the S&P’s ~22.4% YTD and 5.4% Q3 performance for 2013, the LED specific Leading The LED ETF/portfolio outperformed its peers as has the Here Comes The Sun solar based ETF/portfolio with returns of 43.3% and 267.3% for Q3 2013 respectively.

Firstly, China is still enigmatic in terms of its role in the sustainability story. It has both helped drive price points down for solar power so as to allow for competitiveness all the while ramping up its coal consumption and continuing to generate headlines reporting local ecological collapses: entire cities shut down by pollution; whole stretches of rivers toxified beyond life-support thresholds and entire aquifers rendered unfit for human consumption. Hence rapid scale back of its coal consumption becomes even more critical as the World Health Organization announced its findings of definitive links between air pollution and cancer.

Secondly, United States based endeavors, particularly those based in our Western states, continue to surprise on the upside, whether via advances in solar storage, LED innovation, or other clean economy initiatives enacted by California, whose economic mass and dynamism compels neighbors and salesman to bring clean economy wares to its market.

Thirdly, even as the US has surpassed Russia as the world’s largest exporter of refined petroleum product thanks to shale gas and even as fracked natural gas diminishes coal based power generation, the reality of negative implications of a carbon bubble for traditional hydrocarbon marketers continue to sink into the thinking of the populace and fund managers alike. The IPCC in its 5th Assessment of Climate Change avers of the necessity of leaving 2/3 of known carbon reserves in the ground to secure our future. The Fund Balance view is that the risk of carbon dioxide driven climate change portends of a sub-prime like collapse of carbon-based asset values and such represents a significantly graver threat to intergenerational prosperity moving forward than US public debt and deficit spending.

After severe buffeting by regulatory retrenchment and policymaker recalcitrance in 2012, our solar plays as well as those of our peers significantly outperformed the S&P 500 and the small cap weighted Russell 2000 (10.21% return for Q3) both on YTD and Q3 bases.

Solar power usage continues to expand its role in mainstream residential markets as well as commercial ones. Wal Mart for example now has almost twice as much capacity as second-place Costco. Wal-Mart is converting more sun into power than 38 U.S. states.

For market participants that took positions at the beginning of 2012, the question now is: to take profits or not? We recommend those interested in playing the psychology and cycles of the market take a hard look at realizing some gains by selling with an eye to build reserves for coming troughs. Those with long views should still consider some intra- and inter- asset class reallocations, by building positions in sub-sectors like solar storage, maintenance, and microgrid in combination with more early stage private ventures with an eye towards gaining exposure to high risk/reward stewardship. Volatility will continue to feature prominently in the solar equity market as solar power generation increasingly closes on parity with conventional generation on a $/megawatt basis.

In sum, we have no doubts on the long view, robust growth story for the solar sector and consider decisions about exposure a question of one’s investment time frame and goals. But now would be a good time to take some profits if so inclined.

LEDs are lighting the way in Buenos Aires to Dubai to the shelves of Home Depot. Research from economists at Yale show that civilization and prosperity correlate with the amount of artificial light output. Indeed light rendered a 20th century of progress. The clean economics of LEDs portend well for a 21st century of sustainable, equitable, smart growth driven prosperity.

From a macro perspective the Dutch industrial giant Philips serves as good bellweather for the LED market. Salient facts for Philips at the end of the Q3 2013:

On a 5 point scale for volatility: 5 => maximal volatility

On a 5 pt scale for valuation: 5 => historically high valuation relative to other sectors.

Note: Reversion to mean historic broader market valuation levels of 3 coupled with price decreases, if only for a few quarters, should not be unexpected.

Equilbrer has the potential, pending close of year and backtesting results, of serving a good fit for a SRI proxy for the S&P. For example, consider its PE ratio of 20.39, compared to the those of the S&P:

Q4 2013 will require preparation for a measured rebalancing from broad, mid- and large-cap concerns towards a focused, sub-sector driven approach with a long view, looking at funds and early stage ventures with acceptably low levels of technology risk. Further, heightened attention will be paid to the private equity asset class as we see it poised to outperform over the next 5 years.

Investments in energy efficiency alone can create 1.5 million jobs in America by 2030 — so at Fund Balance we see participating in building the clean economy as an important part of good corporate citizenship as well. We will seek out for opportunities in subsectors in the solar market in terms of storage such as Solana and automated systems for cleaning solar panels like Serbot and QBotix, both of which are not publically traded.

Leaders of 70 the largest pension funds in the U.S. are calling on fossil fuel companies to detail their management plans the switch to cleaner energy. These concern is that their portfolio companies’ profitability in the future will slow and disappear as the world shifts away from oil and coal and towards clean energy. These 70 funds are asking 45 of the world’s largest oil, gas, coal and electric companies to conduct detailed studies of how policies to curb climate change will impact the fossil fuel business.

The above is but one reason why the Fund Balance outlook for Outlook for Q4 2013 and into 2014 is that clean energy is will one of the main high return sectors for the coming decade. With this is mind we will continue to bring private equity further to the fore in pursuit of our mission to build wealth by investing and contributing to sustainable economics and culture. Continue to work with solar industry leaders at the individual level such as Jigar Shah and at the institutional level such as The Credit Suisse Impact Investment Group amongst others, to identify opportunities in the private equity asset class. In the public equity markets plan to undertake coverage of a wider and deeper range  to sustainability leaders with a such as Philips, which we have added to Equilibrer.

We conclude with an excerpt from Paul Krugman’s review of William Nordhaus’s The Climate Casino: Risk, Uncertainty, and Economics for a Warming World:

So the future is uncertain, a reality acknowledged in the title of Nordhaus’s new book, The Climate Casino: Risk, Uncertainty, and Economics for a Warming World. Yet decisions must be made taking the future—and sometimes the very long-term future—into account. This is true when it comes to exhaustible resources, where every barrel of oil we burn today is a barrel that won’t be available for future generations. It is all the more true for global warming, where every ton of carbon dioxide we emit today will remain in the atmosphere, changing the world’s climate, for generations to come. And as Nordhaus emphasizes, although perhaps not as strongly as some would like, when it comes to climate change uncertainty strengthens, not weakens, the case for action now.